So as I have mentioned before Daphne had a regression in April of 2016.

What that means is, it is a form of brain damage.

It is unknown if the skills lost will be regained or get worse.

For Daphne she lost the ability to use her hands, she could not even open them, they were in clinched fists all the time, unless she was sleeping or completely relaxed then they would open slightly, also her arms and legs became very stiff and she also lost the ability to rollover.

She was about 10 1/2 months old and this was so hard for us to see. We continued therapy, working with her and at this point in her life she really loved massages all over her body to help with I think sore muscles.

So now that most of her skills have been regained but glimpses of the regression still exist and she is definitely much weaker in those areas which were already her weakest areas, any little inchstone makes us all so happy and we cheer “Yay Daphne, good job” she gets so excited and is so proud of herself, she has this little grunt/laugh that she does when she has accomplished something.

Earlier this week she had a dentist appointment and we did not have any oatmeal made so she and Rich were going to have a breakfast date at our local breakfast spot but while getting ready to leave I tried one of Adelaide’s pouches of applesauce.

Note, neither one of my kids liked purées or mashed potatoes as toddlers (guess it was a texture thing) and Adelaide did not like applesauce or oatmeal for years, probably not until she was in elementary school, so this was super cute to see little miss poo poo eat from a pouch and hold it all on her own. 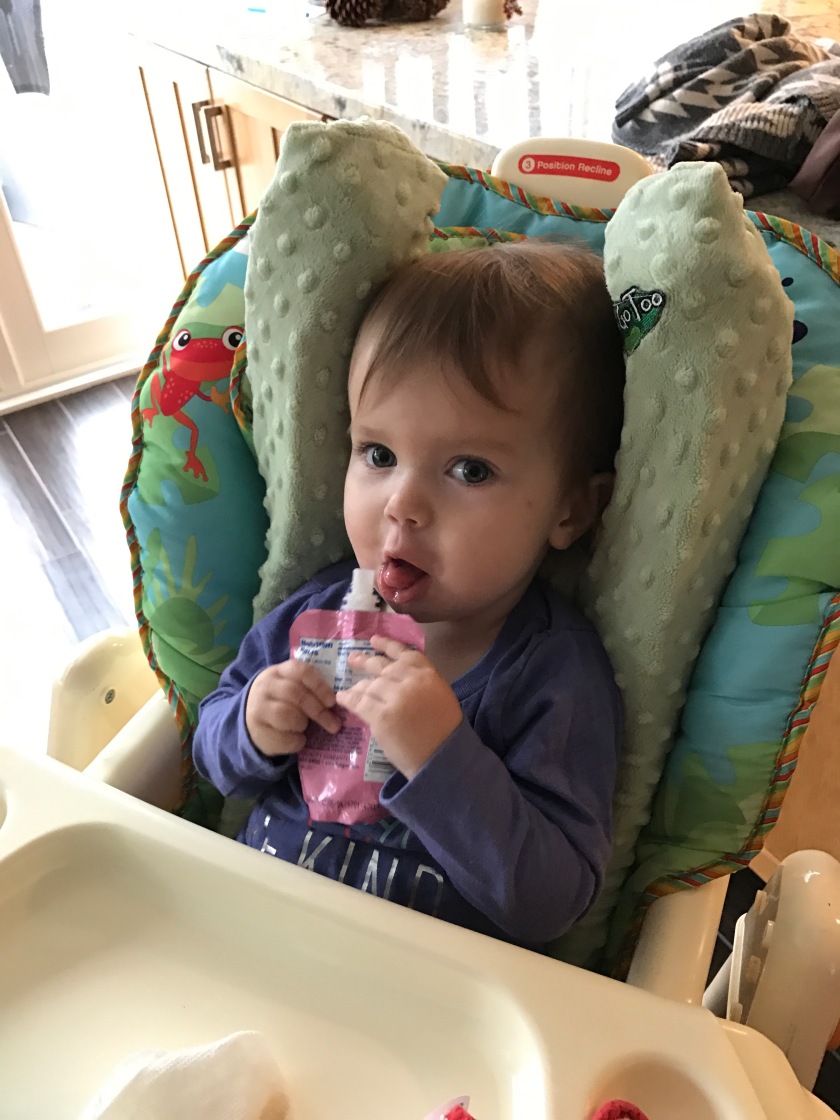 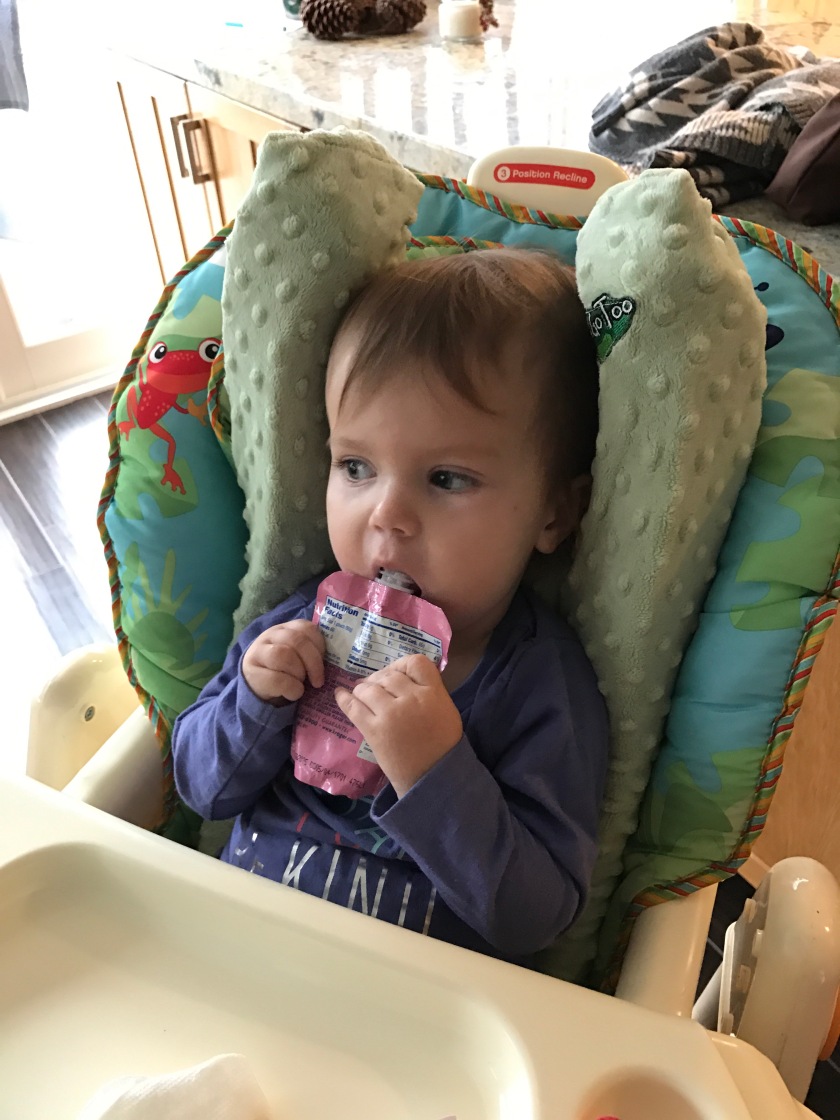 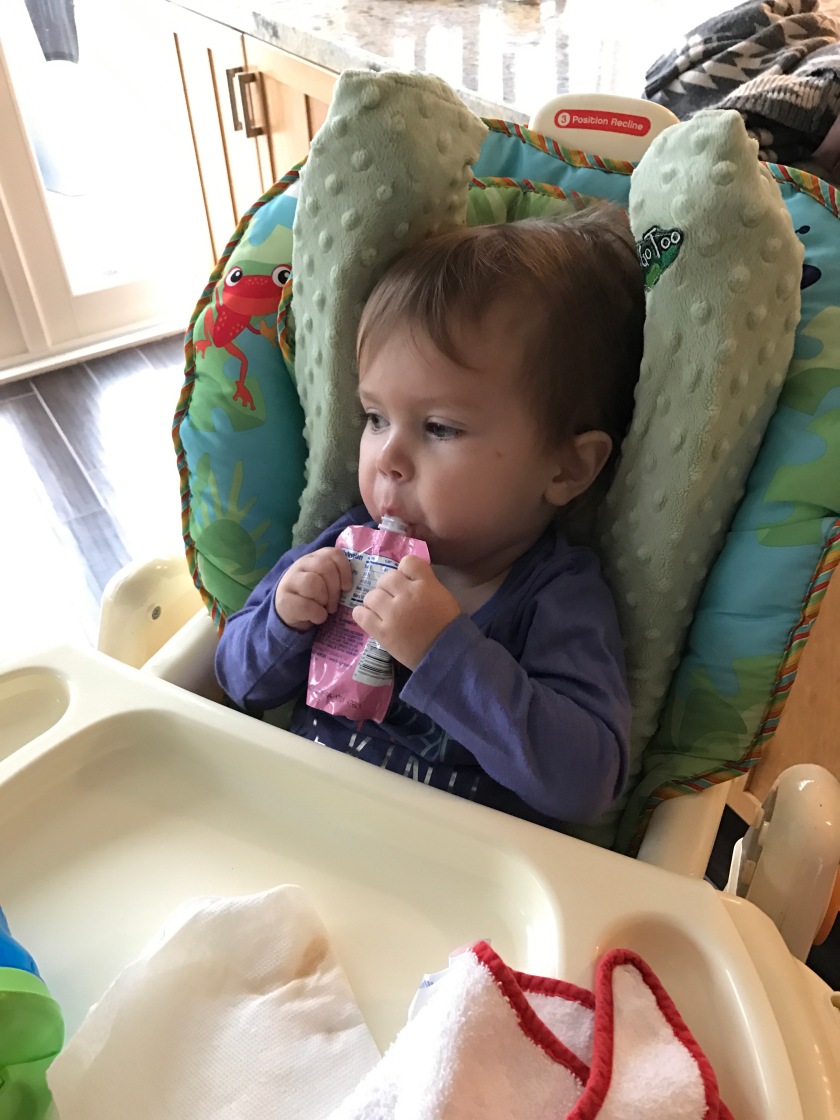